27 year old sailor Jaswinder Singh's extended family garland him as they come from various neighbouring states to receive him from the Delhi airport on 29 December 2012 after his release from almost 32 months of being held hostage by Somali pirates who hijacked MV Iceberg 1, a Dubai-owned ship, off the Yemeni coast in March 2010. It was the longest-held hijacked ship until the Puntland Maritime forces released it and 22 crew members on 23 December 2012. Photo by Suzanne Lee / The National 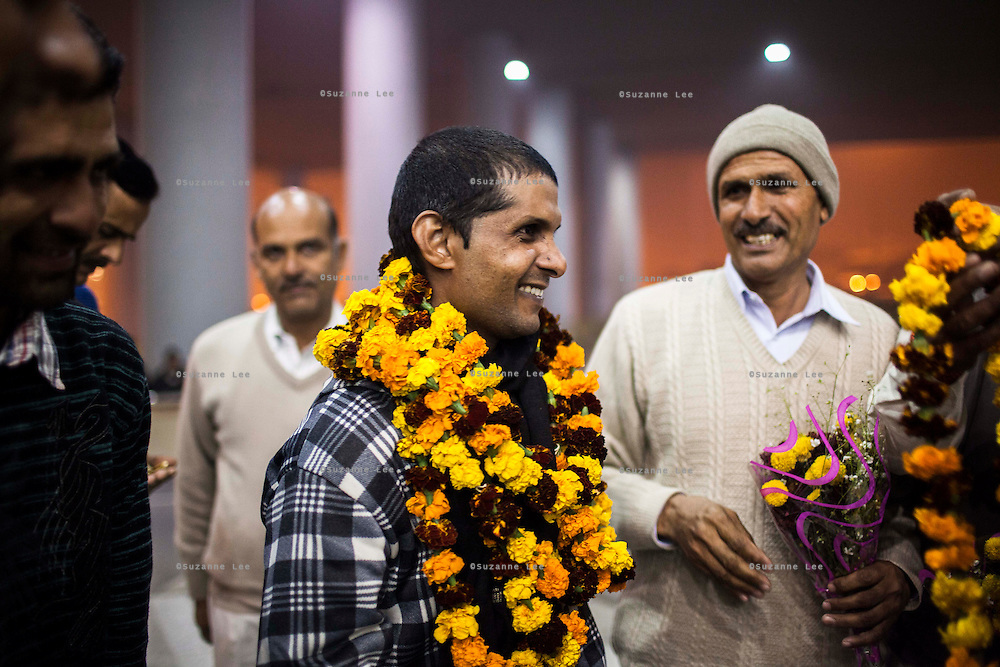