(L-R: (blue) Saraswati Saha, 84; unnamed; and (white) Kamla Das, 90) Three elderly women who were the original refugees of The Partition recall being brought to Cooper's Camp on trains and trucks as they gather outside their homes in Cooper's Camp, Nadia district, Ranaghat, North 24 Parganas, West Bengal, India, on 19th January, 2012. "The government will neither eat us nor spit us out." says Kamla Das. "They dropped us off here (in 1947) and I'm still here!" Over 60 years after the bloody creation of Bangladesh in 1947, refugees who fled what was then known as West Pakistan to India still live as refugees, raising their children as refugees, and standing in line for government handouts..Photo by Suzanne Lee for The National (online byline: Photo by Szu for The National) 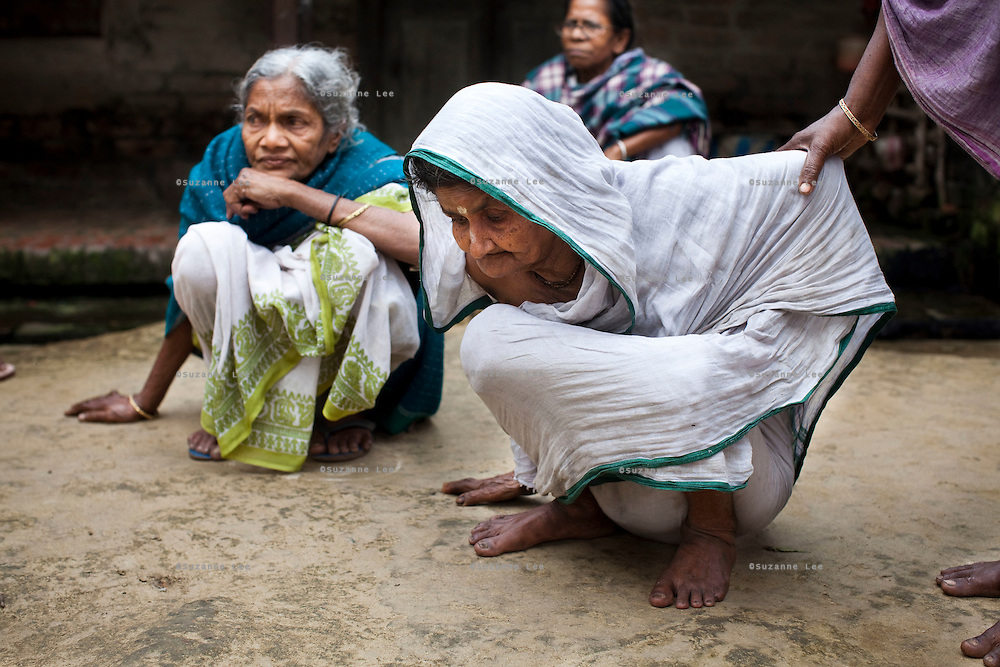