Pramila Bhujel, 13, stands at the door of the information center near her home in Lekhapharsa vilage, Surkhet district, Western Nepal, on 30th June 2012. Pramila's maternal uncle regularly abuses her so earlier this year, a fellow villager secretly married Pramila off to a man in his mid-20s but the marriage was annulled the day after when her uncle found out and wrestled her back. Now, Pramila is still mistreated by her uncle and is considered a divorcee since she spent one night with the man she was married to, but she is back in school and has ambitions to become a nurse. In Surkhet, StC partners with Safer Society, a local NGO which advocates for child rights and against child marriage. Photo by Suzanne Lee for Save The Children UK 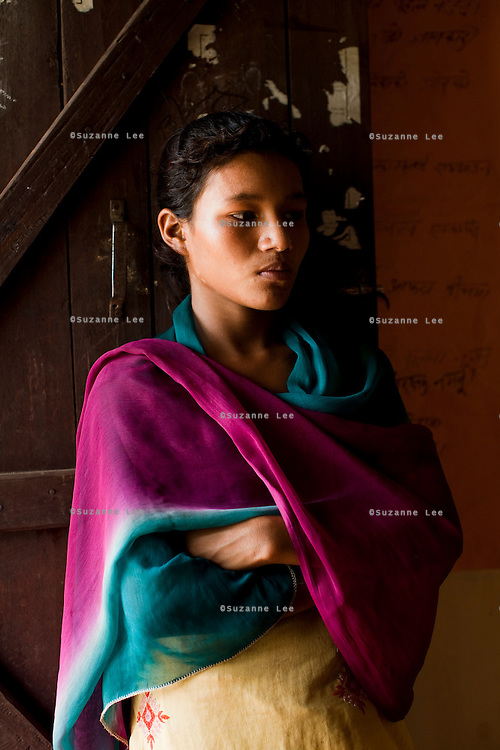