Suki (not her real name), churns milk as her young son plays with a goat in her house in Jhaju village, Bikaner, Rajasthan, India on 4th October 2012. Now 20, Suki was married off at age 12, but only went to live with her husband when she was 14. The three sisters, aged 10, 12, and 15 were married off on the same day by their maternal grandfather while their father was hospitalized. Her husband died three years after she moved in, leaving her with a daughter, now 6, and a son, now 4. She has no parents-in-laws and thus returned to her parents house after being widowed because her brother-in-law, who had become the head of the family after his brother's death, had refused to allow Suki to inherit her deceased husband's fair share of agriculture land. Although Suki's father wants her to remarry, she refuses to, hoping instead to be able to support her family through embroidery and tailoring work. The family also makes hand-loom cotton to subsidize their collective household income. Photo by Suzanne Lee for PLAN UK 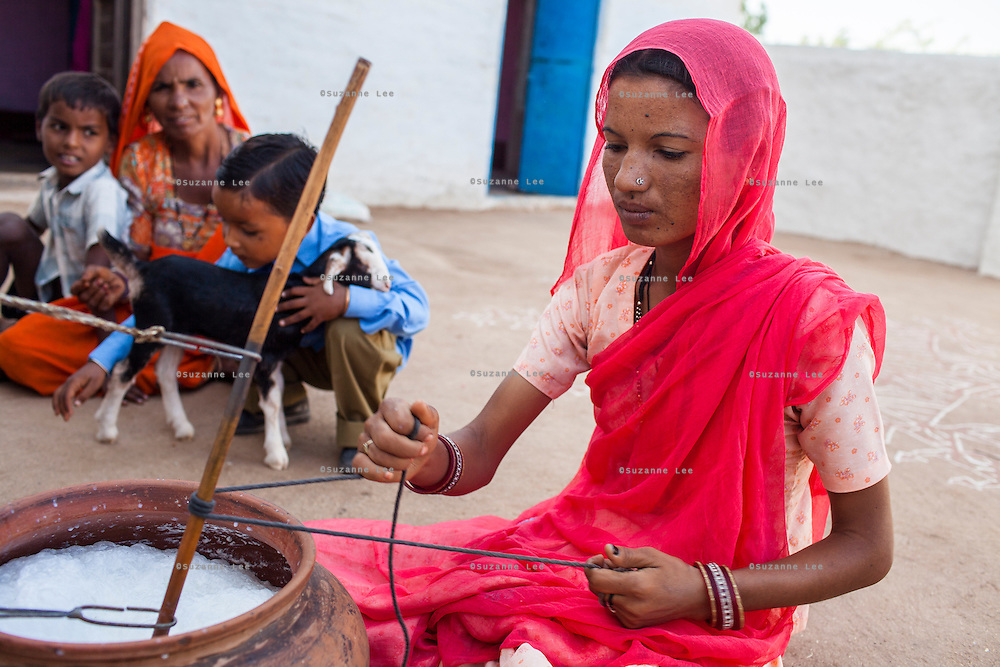