Child bride Rina Akhter Meghla (14) sits for a portrait in the meeting hut of a Children's Group in Bhashantek Basti (Slum) in Zon H, Dhaka, Bangladesh on 23rd September 2011. "I was about to be wed. The groom was already selected. I told my parents that I didn't want to get married now because I just will be a servant to my husband. I wanted to be independent." Her parents had said that they wanted to marry her off because she was watching too much television and not doing well in school, after which she promised to stop watching TV and improve her grades. Her ambition is to be a police inspector. The Bhashantek Basti Childrens Group is run by children for children with the facilitation of PLAN Bangladesh and other partner NGOs. Slum children from ages 8 to 17 run the group within their own communities to protect vulnerable children from child related issues such as child marriage. Photo by Suzanne Lee for The Guardian 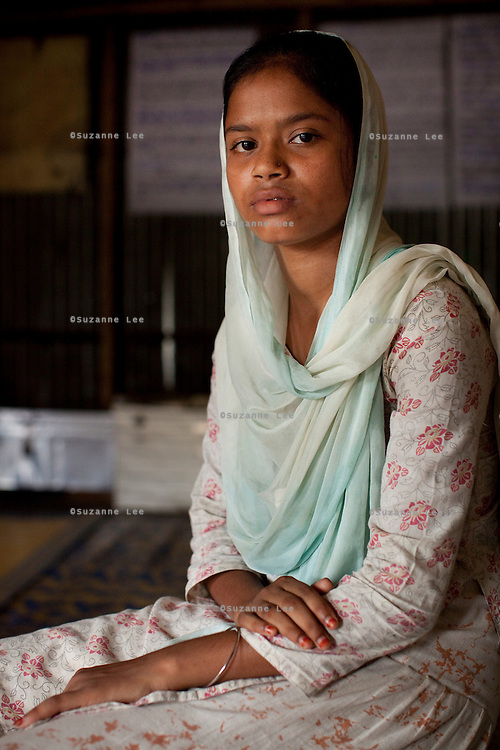