Minister of Legislative Assembly, Ritesh Pandey, 30, unwinds as he spends some time in his father's cowshed at home after campaigning late into the night in Jalalpur constituency in Uttar Pradesh, India, on 20th January, 2012. Returning 1.5 years ago after almost 10 years abroad, Pandey is contesting on behalf of the Bahujan Samaj Party (BSP), a party that is based on its appeal to Dalit (the lowest Hindu caste) voters. Party leader, Mayawati herself is a Dalit but has recently been giving out more tickets to muslims and high caste candidates in an attempt to woo a larger spectrum of voters in Uttar Pradesh, a Bellwether state. Photo by Suzanne Lee for The National (online byline: Photo by Szu for The National) 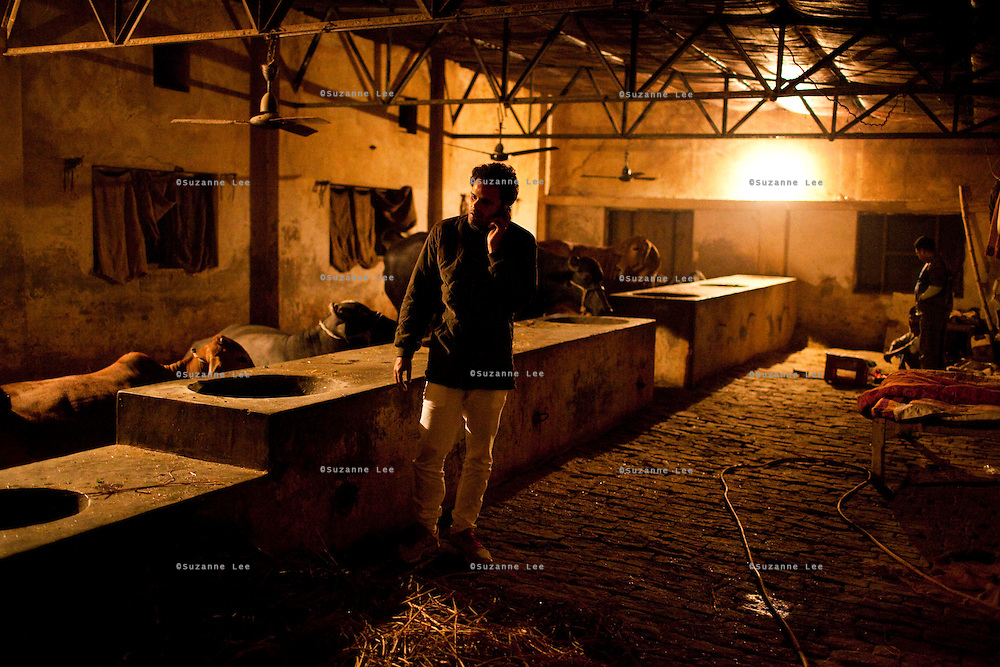