Nitu (not her real name), looks outside from her kitchen in Jhaju village, Bikaner, Rajasthan, India on 4th October 2012. Now 18, she was married off at age 10 to a boy of around the same age, but only went to live with her in-laws when she was 12, after she had finished studying up to class 6. The three sisters, aged 10, 12, and 15 were married off on the same day by their maternal grandfather while their father was hospitalized. She was abused by her young husband and in-laws so her father took her back after hearing that her husband, who works in a brick kiln, was an alcoholic and was doing drugs and crime. She had only spent a few days at her husband's house at that time. Her father (now out of the hospital) has said that she will only be allowed to return to her husband's house if he changes his ways but so far, the negotiations are still underway. Photo by Suzanne Lee for PLAN UK 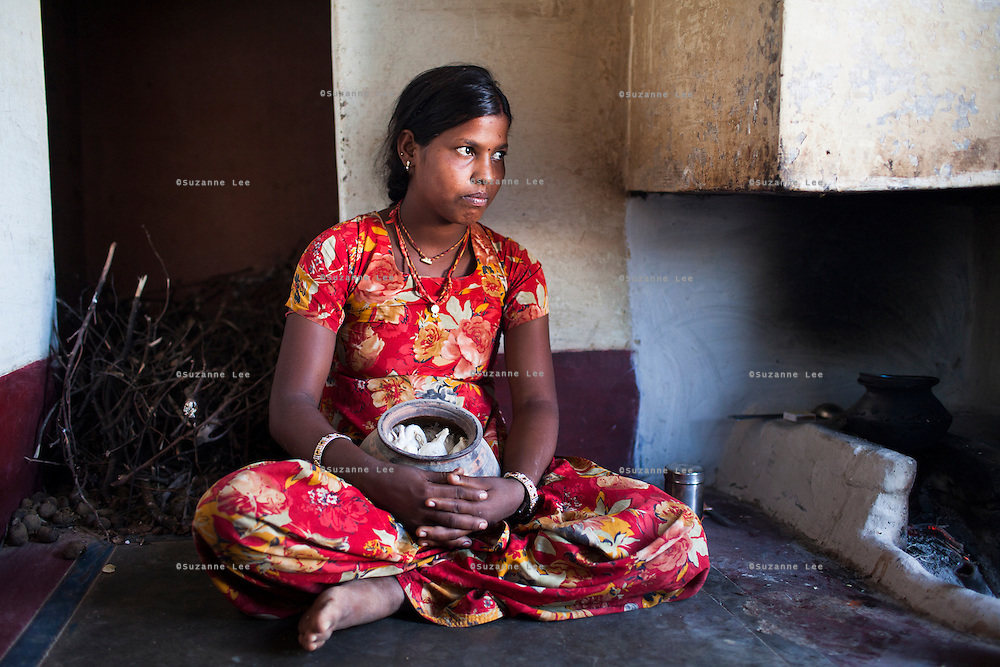