Mr. Pathak speaks to a prostitute as he goes from brothel to brothel with policemen in search of his daughter on 28th September 2010, on GB Road, Delhi's red light district, India..Mr. Kailash Pathak, a Hindu priest, has travelled to Delhi from his village in New Jalpaiguri, West Bengal, to look for his missing daughter, Khushbu Pathak aged 13, who was last seen in the custody of his neighbours in February this year and believed to have been sold to brothels in the capital, Delhi. The accused neighbours have since been arrested in Delhi but the girl is yet to be found. Photo by Suzanne Lee 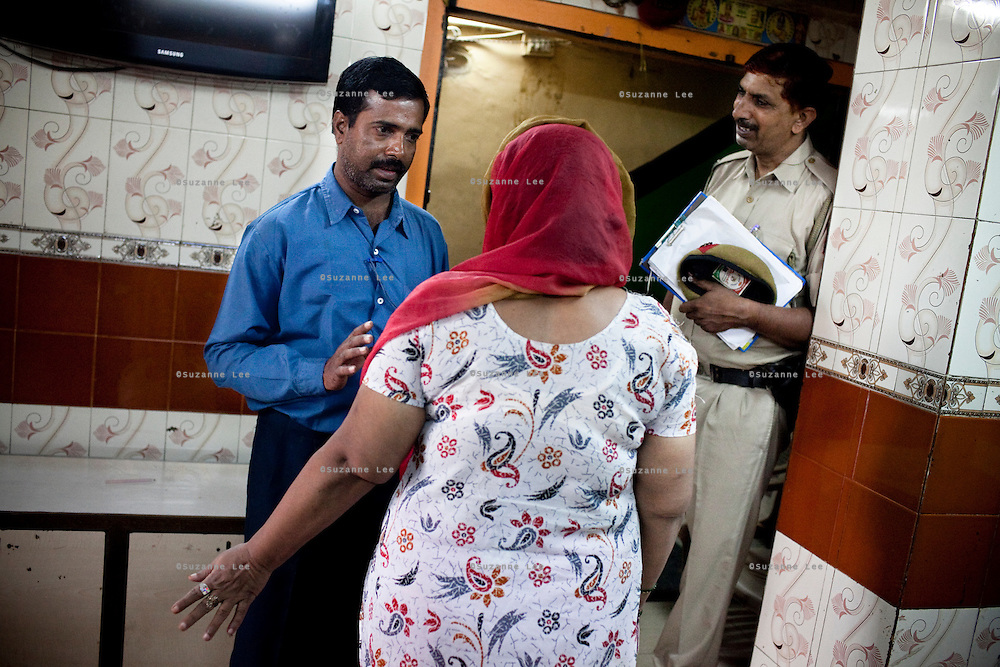